AM I FULLY PERSUADED ?

This scripture reading gives an account and explanation of how Abraham became the father of many nations before him, in whom he believed, even God who quickeneth the dead and calls those things that be not as though they were. It goes on to say that against hope he believed in hope and being not weak in faith he considered not his own body now dead, nor the deadness of Sarah’s womb. He staggered not at the promise of God through unbelief, but was strong in faith, giving glory to God, and being FULLY PERSUADED that what he had promised he was able also to perform.

Chapter 5 then goes on to explain the benefits of his strong faith:- peace with God through Jesus Christ:- access by faith into this grace and knowing with all assurance that tribulation works in me patience, experience, hope and the love of God shed abroad in my heart.

Acts 17:31 tells us that God has given assurance unto all men in that he raised Jesus from the dead. But there must be a response from me to the assurance God has given. Rom 10: 9&10 explains what that response must be in order to be saved:- 1 to confess with my mouth and 2 to believe in my heart that God raised Jesus from the dead. God has done his part by giving that assurance. My part is to confess and believe. The benefit of this response is salvation. This is a principle at the beginning of my walk with God, a pattern which should then become a life style throughout my time on this planet, that produces the abundant life that Jesus promised. Jesus said ” I am come that they might have life, and that they might have it more abundantly”. Am I fully persuaded ?

A brother in our Sunday fellowship brought a song containing these words:-

There’s a price to pay

There’s a cost to count BUT

There’s a currency that will move His hand.

The cost to count and the price to pay is surely, truth. Proverbs 23:23 Buy the truth and sell it not. But what is the currency that will move God’s hand? And what am I expecting as a result of this? Well, back to my response to the full assurance God has given me…Am I fully persuaded that

, He that began a good work in me, is able to perform it? Am I expecting God to change my circumstances? Well, first He has to change my negative attitude to my circumstances. Here in lays the abundant life Jesus spoke of. The 3 Hebrew children, Shadrach, Meshach and Abendigo declare “We know our God can deliver us, but if not we will not bow to the golden image”. Their positive confession was a result of their strong faith in God and he delivered in the fiery furnace not from it. Paul and Silas, with beaten backs and feet chained in fetters, prayed and sang praises to God at midnight and suddenly God showed up. They had a positive attitude and belief in their hearts that God was in control in spite of their circumstances. They were fully persuaded!  Don’t ask God to change your circumstances. He has permitted them to change your hearts attitude. Did Paul and Silas expect the earthquake that suddenly happened to burst open the prison doors? surely not. But they were fully persuaded that God was in control of their lives, ( in spite of the situation they found themselves in,) and they prayed and sang praises to the One whom they worshiped.

Brothers and sisters, how often we ask amiss by our prayers to change situations, not appreciating that although we know our God can change things, that in His timing He may change things, but if not, we will not, allow our hearts to enter into unbelief, but will confess that our God in whom we have strong faith will assure our hearts with the confidence of knowing that His ways are so much higher and His thoughts are so much wiser than our own! 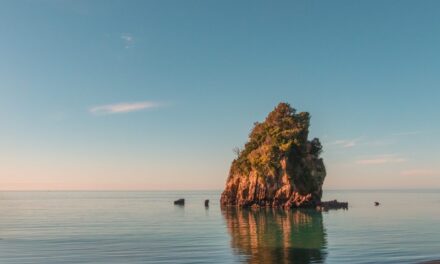 A HEART AT REST

WHAT IS YOUR LITTLE WHITE GOAT? 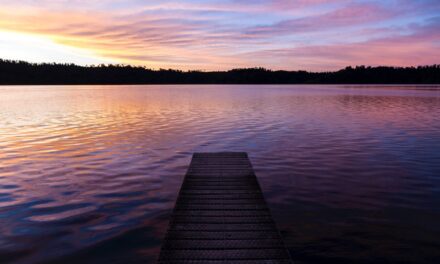