Matthew 18:1-6
1 “At the same time the disciples came to Jesus, saying, Who is the greatest in the kingdom of heaven?

2 And Jesus called a little child unto him, and set him in the midst of them,

3 And said, Verily I say unto you, Except ye be converted, and become as little children, ye shall not enter into the kingdom of heaven.

4 Whosoever therefore shall humble himself as this little child, the same is greatest in the kingdom of heaven.

5 And whoso shall receive one such little child in my name receives me.

6 But whoso shall offend one of these little ones which believe in me, it were better for him that a millstone were hung around his neck, and that he were drowned in the depth of the sea.”

Jesus called this little child and put him in the midst of them all gathered there. There is no record of the child being self-conscious or embarrassed by Jesus’ request. He came to Jesus in child like humility and was set as an example for us in simple obedience and trust in spite of the unknown. He simply came at Jesus’ bidding.

We are God’s children and if we follow the example Jesus showed us here and operate in child like humility, God delights in His care and protection of us. It is the proud He resists, 1Peter 5:5 “…be clothed with humility for God resists the proud.” Eating from the “tree of the knowledge of good and evil,” (sense knowledge) destroys faith and trust in God, our “tree of life,” (Genesis 3).

In verse 10 of the same chapter Jesus returns to reference “these little ones,”…..do not despise one of these little ones….their angels always behold the face of my Father who is in heaven.”

A humble person is “little” in his own eyes because he knows the greatness of his God. 1 Samuel chapter 15 bears the sad record of King
Saul’s decline from a position of humility into disobedience to the word of God and it’s sad consequences. The prophet Samuel addressed Saul, “when you were little in your own eyes….the Lord anointed you king over Israel,” verse 17, but Saul’s seemingly “good ideas” and disobedience led to his downfall. God wanted a “man after His own heart.” If King Saul had humbly repented and asked the Lord’s forgiveness for his disobedience, maybe his life story would have had a different ending. But Saul was more interested in what his subjects thought of him than what God thought of him. (At some point we have all been more people conscious than God conscious.) Saul wanted Samuel to honour him in the sight of his people. He had left behind the position of being “little” in his own eyes. He had forgotten his rise to kingly power and authority had come from the Lord, and he should have consulted and honoured the Lord in all his decisions.

We began with the discourse of “becoming as a little child,” but it was the disciples’ question of who would be the greatest in the kingdom of heaven that led to Jesus expounding kingdom principles. The love of God is shed abroad in our hearts and His love will only seek the good of another, never power, position or self glory. Our lives should be “hidden with Christ in God.” The loss of my identity creates the Living Christ in me. Some may ask, “What do you mean by my identity?” Galations 5:18-26 describes the works of the flesh life as opposed to the fruit of the Spirit. Which of these do we desire to be our identity? Verse 25 instructs, “If we live in the Spirit, let us also walk in the Spirit.” We walk in the Spirit by humbling ourselves and not rising up in pride and self-seeking. 1Peter 5:6 “Humble yourselves therefore under the mighty hand of God, that He may exalt you in due time.” Man must never exalt himself but when God exalts us in “in due time” we learn to carry what He has endued us with for His glory, not ours. Our lives are all about Him and His purposes for us to extend His kingdom. We can stay “little” as we walk in humility, the evidence of “Christ in me.” Heaven’s values differ from those of the earthly realms. Jesus said, “Whoever shall humble himself as this little child, THE SAME IS GREATEST IN THE KINGDOM OF HEAVEN,” Matt. 18:4. There lies the answer to the disciples’ question on greatness! 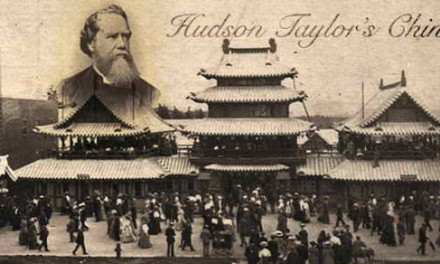 THE GRID OF GOD

ARE YOU “FULLY PERSUADED”?

NOTHING IS IMPOSSIBLE TO GOD