TODAY IS A DAY OF EXCHANGE

Luke 22 records the dialogue between Jesus and His disciple, Simon Peter, at the Last Supper, prior to His betrayal. Verses 31-32 “And the Lord said, Simon, Simon, behold, Satan has desired to have you, that he may sift you as wheat: But I have prayed for you, that your faith fail not, and when you are CONVERTED, strengthen your brothers.” When Satan sifts, God separates…..the wheat from the chaff, and only the product of the “incorruptible seed” remains, the life of the resurrected Christ in me.

We tend to think that conversion is only at salvation, when we first receive Jesus, but there is a continual conversion necessary in our believing, as we journey along life’s road. What a man believes, rules him, and he lives his life accordingly. However, when the Holy Spirit, (the Spirit of truth), enlightens him in a particular area, the searchlight of God exposes wrong believing he has embraced, and requires a conversion in his believing. This is the counter where God requires a man to embrace His revealed truth and discard the trappings and bondage of wrong beliefs. Only as we walk in the revealed truth and prove God, do we demonstrate the life of a “living epistle,” known and read of all men. Because we have been “converted” in a particular area, then we can “strengthen our brothers”, convert others, (verse 32).

Simon Peter was unaware of his personal standing and need of conversion when Jesus had the afore mentioned dialogue with Him. Peter responded, Luke 22:33-34, “…Lord, I am ready to go with you, both to prison, and to death. Jesus said, I tell you, Peter, the cock shall not crow this day until you shall thrice deny that you know me.”

Peter fulfilled those words that same day. He was found out and God will find us out. Like Peter, we declare things in our pride and God will come for our words. 1 Corinthians 10:12 “Let him that thinks he stands take heed lest he fall.” In our own flesh, our own standing, by the effort of our works, we are incapable of living the Christian life. There is only One who is able to live it, that is, Christ in me. As I daily surrender my will to His and walk with Him, the abundant life of the Indwelling Christ will flow out through me to others. Romans 12:1 encourages us to present our bodies as a living sacrifice to God. The sacrifice is our will, but do not underestimate the divine power and beauty of a surrendered life. There is a royal exchange that accompanies the surrender as we become “converted” in these areas: “…beauty for ashes, the oil of joy for mourning, the garment of praise for the spirit of heaviness,” Isaiah 61:3-4.

Romans 12:2 instructs us, “Do not be conformed to this world, but be transformed by the renewing of your mind, that you may prove what is that good, and acceptable and perfect, will of God.” How many of us are conformed to this world’s ways and thinking? We all have a mindset that needs renewing – converting. God is working with us to renew our minds, to hear what He says about matters, not the world’s views. As the Spirit of God transforms my mind, the way I live my life will change. A renewed mind demonstrates a changed life style as the life of Christ comes forth and Jesus will be seen in me.

Following Jesus’ arrest, Peter denied Jesus to a little servant girl as he fulfilled the prophecy. He wept bitterly, full of condemnation at his failure, (Luke 22:62). Peter had declared earlier that he was ready to die with Jesus, he was so self assured in his loyalty, but as the events of the day unfolded, Peter’s false ideas of his standing were exposed and he denied even knowing Jesus. However, this was not the end, but only the beginning of Peter’s ministry. Everyone of us has to come to the end of ourselves as we see our continual need of conversion of our mindset. Only the mind of Christ produces right living. Another day came for Peter, not too far ahead, when he had a radical conversion. After Jesus’ crucifixion, Peter went back to his fishing. In his heart he had not truly left it, and went back to what he knew, despondent with his failure. The resurrected Jesus appeared to Peter and other disciples on the shores of Tiberius, after the men had experienced a fruitless night of fishing. (John 21) Jesus shouted to the disciples in the boat to cast their net on the other side. The net came up full of fish! When Peter recognised
Jesus on the shore, he cast himself into the water to reach Him. Peter was overwhelmed, but it was a different Peter now who stood before his beloved friend, Jesus. Peter was aware of his failings and shortcomings now. After a meal together the Lord Jesus embarked into that well known dialogue with Peter, asking him if he loved Him. (John 21:15-18) In verse 17, Peter declares his love for the Lord, but he also said, “Lord, you know all things…” Peter knew that Jesus knew him, better than he had known himself, and yet He had still loved him with all his failings and confidence in himself. A new day was dawning now, a humbled Peter was ready to hear what God had to say. Shortly afterwards, the book of Acts records how the disciples were transformed when the Holy Ghost fell on them in power. They were converted. In Acts 2, a transformed Peter, gives a powerful address to the people and the New Testament Church began. The Lord added to the church daily. Men and women were convicted, repented and joined themselves to this joyous company, spreading God’s word through the testimonies of the risen Christ in their lives.

It is not how we start, but how we finish! Our Heavenly Father is leading us on our journey, converting our wrong believing to His truths. Our past may bear the baggage we have unloaded and discarded along the way, but our present and future are bright with God’s promise of faithfulness to complete the work He began in us. Be assured, He is faithful to complete it as our minds are renewed and converted. TODAY IS A DAY OF EXCHANGE! Let us give the Lord our doubts, fears and guilt and allow Him to renew and transform our mind and lives, for His glory. THIS IS OUR DAY! 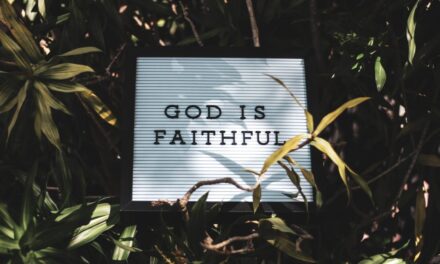 PURPOSE IN THE TRIAL 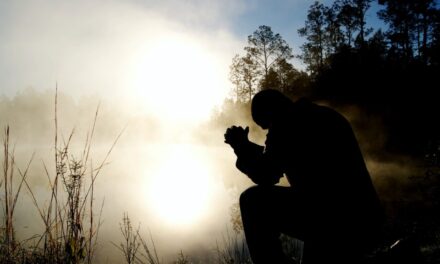 FREELY YOU HAVE RECEIVED, FREELY GIVE…..