WITH GOD ALL THINGS ARE POSSIBLE

What is the impossible that you require God to do in your life?

Jesus said, “With men this is impossible, but with God all things are possible”, Matthew 19:26.

Also in Mark 9:23 Jesus says, “If you can believe, all things are possible to him that believes“.

One of Arthur’s quotes was:   “A BELIEF IN THE IMPOSSIBLE DEMANDS A REFUSAL TO BELIEVE THE OBVIOUS”.

You have to refuse to believe the obvious before you can believe the impossible.  The journey between these two positions may take time as the Lord works with me to be fully persuaded to trust and believe He will fulfil what He has promised.  Consider the record of Abraham’s life, (Genesis chapters 15-22).  The Lord promised Abraham and Sarah a son.  During the waiting period the couple decided to help God out to fulfil His promise.  They considered their advancing years instead of trusting God to fulfil His word.  Their meddling and impatience produced Ishmael through Hagar, Sarah’s maid, but he was not the son of promise.  They discovered that interfering with God’s plan brought painful consequences.  At the appointed time, when Sarah was well past child bearing naturally, God performed the impossible.  He opened Sarah’s womb and Isaac was born to Abraham and Sarah.

Abraham’s journey to being fully persuaded to believe what God had promised was a lengthy one.  Could he have shortened it by not trying to help God out with Hagar?  Maybe…..but his meddling stands as a lesson to us, teaching how not to interfere with God’s plan, but to trust.   Only God can perform the impossible – His is all the glory!

As Believers we do not have a problem believing in the immaculate conception of Mary, the mother of Jesus, because we have a witness to the truth.  In Luke 1 we read the account of the angel Gabriel appearing to Mary.  During the dialogue between the two, Gabriel answers Mary’s question to how it will happen, verse 35:  “……the Holy Ghost shall come upon you, and the power of the Highest shall overshadow you.  Therefore also that holy thing that shall be born of you, shall be called the Son of God.”

As Believers in Jesus, we too, have been overshadowed by the Holy Ghost.  The impossibles of God are laid out for each of us in our lives.  In order for them to become reality, we have to refuse to believe the obvious – sense knowledge – eating from the tree of knowledge of good and evil, (Genesis 3).  We look to Jesus, the author and finisher of our faith – only what He says is true.

At the end of Abraham’s journey to being “fully persuaded” by God, Romans 4: 19-21 describes him now as a man full of faith:  “And being not weak in faith, he considered not his own body, now dead, when he was about 100 years old, neither yet the deadness of Sarah’s womb.  He staggered not at the promise of God through unbelief, but was strong in faith giving glory to God; and being FULLY PERSUADED that, what He had promised, He was able also to perform“.

Abraham and Sarah worked through unbelief and discouragement.  God brought them through those valleys in His faithfulness.  Don’t allow unbelief and discouragement to become your identity and destination.  As a child of God, they do not belong to you!  They can become your stepping stones on the journey to your birthright – all the fullness of God  as He brings you to the position of being fully persuaded that what He promised, He will perform.  With God, all things are possible.

Just remember:  A belief in the impossible demands a refusal to believe the obvious!

THORN IN THE FLESH

DIVERSITY IN THE BODY OF CHRIST 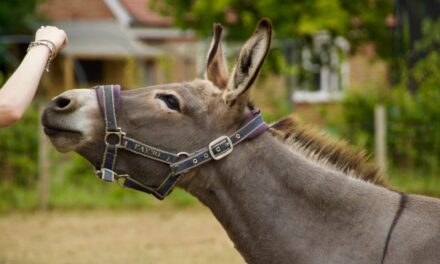