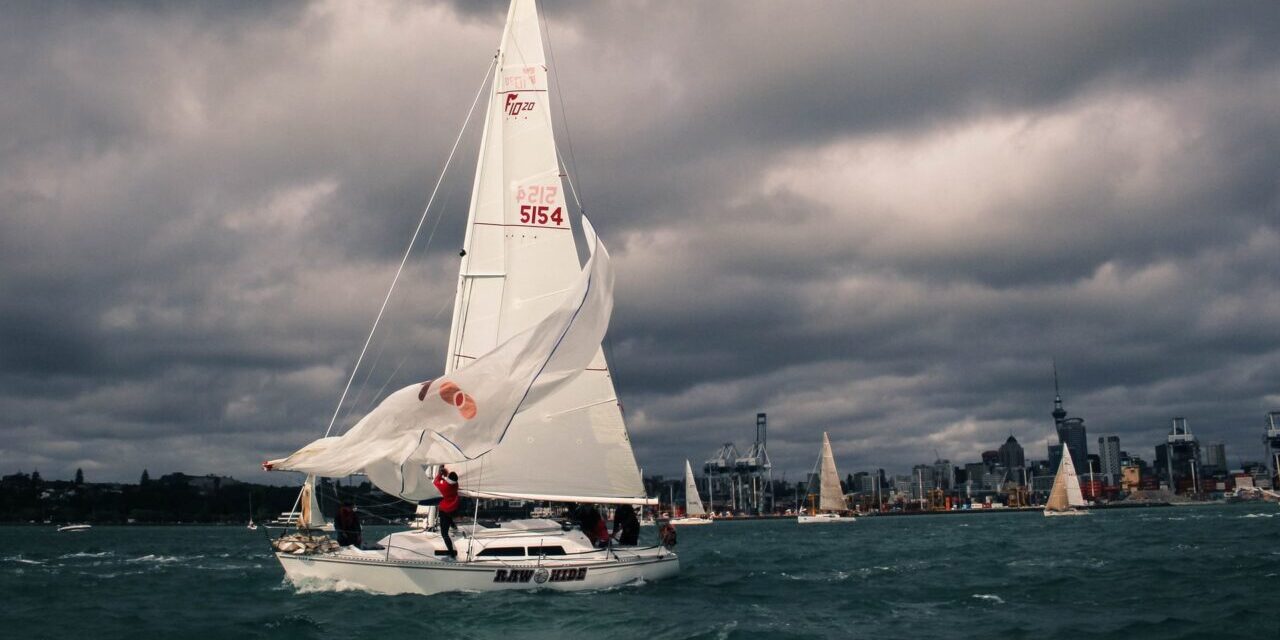 A coxswain took a group of young sailors on a short voyage for the day in a cutter, an open sailing vessel.    Encountering problems with the tide, they had to return to their harbour later than anticipated, in the dark.  By this time, the wind had increased, the sails were up and the boat was almost capsizing in the tumultuous strength of the wind and tossing waves.  The coxswain knew the only place of safety was to issue the order to the men, “Let fly!”  The sailors had to let go of the ropes that were controlling the set of the sails.  As they did so the boat righted itself, and eventually, they reached the haven of safe harbour.

The young sailors learnt a valuable lesson from the mature coxswain whose knowledge saved the situation from what could have been disaster, but they had to obey his word and trust him. Sounds familiar?  How very often we have found, and still find, ourselves in situations we are trying to control?  We are like those young sailors hanging on to the ropes, endeavouring to steer the vessel , when our divine Coxswain, the Holy Spirit, directs us to – Let fly!…..Let go!  We try and help God out to birth Isaac, when all we do is produce our Ishmaels, (the works of our flesh).  God uses men, but not men’s methods!

The set of the sails in a boat are controlled by the ropes, driving the vessel into the wind.  The challenge to us today is: What are the ropes of control that we are hanging on to?  What things drive us that God requires us to let go, in order that He may do His work?

The three Hebrew men refused to bow down and worship King Nebuchadnezzar’s image, in Babylon, (Daniel 3).  They understood their refusal could cost them their lives as the punishment for disobeying  was to be thrown into a fiery furnace.  The three men, Shadrach, Meshach and Abednego, completely abandoned themselves to the Lord in the matter, ( completely let go of the ropes of control, even if it ended in their death).  They answered the king: “…..O Nebuchadnezzar, we are not careful to answer you in this matter.  If it be so, our God whom we serve, is able to deliver us from the burning fiery furnace, and He will deliver us out of your hand, O king.  But if not, be it known to you, O king, that we will not serve your gods, nor worship the golden image which you have set up”,  Daniel 3: 16-18.  The 3 Hebrews completely abandoned their lives into God’s hands, to live, or die, to His glory.  Their surrender released God’s hand and Jesus appeared in the furnace with them and protected them from the flames.  They were unharmed.

They abandoned themselves to God, not the king

When committing to God’s altar, you cannot negotiate with the flames!

Mark 4: 36-41 records Jesus and his disciples travelling by boat when a storm took place causing the waves to fill the vessel.  Whilst the disciples were overcome with the present danger, Jesus was sleeping.  I can imagine the disciples trying to bail the water out in panic.  Eventually, they awoke Jesus with the words, “Master, do you not care that we perish?”, Mark 4:38.  Jesus arose, rebuked the storm and there followed a great calm.  He rebuked the disciples for their lack of faith.  How often have we found ourselves in adverse circumstances and tried to sort the situation by our own methods, bailing the water out of the boat, instead of trusting the Master to take us through the storm into calmer waters?   Let go…..and let God!….do His work.

Cleland Boyd McAfee penned the hymn “There is a place of quiet rest, near to the heart of God”.   As one progresses through the verses he wrote of finding “quiet rest, comfort sweet” near God’s heart.  These positions are available to us.  Finally McAfee wrote of finding the place of “full release, where all is joy and peace”, the hall marks of a life truly abandoned to our Saviour, when we have let fly, let go and allow Him full control of the life we have offered Him.  God gets all the glory……and we receive all His benefits!

Photo by Alina Pkhakadze on Unsplash

NO FEAR IN LOVE 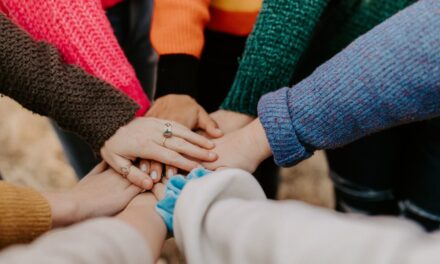 ARE YOU FITLY FRAMED TOGETHER……?