THE TIDE IS SURE TO WIN!

When the children of Israel had left Egypt, they needed fresh bread daily for their wilderness journey to the Promised Land.  The Lord provided miraculously for them and sent manna from heaven daily.  With the divine provision came the instruction not to store it for the next day, as fresh manna would be provided daily.  There were some who did not believe God’s promise for daily provision and tried to store extra manna for the following day.  They discovered that their stored manna bred worms and stank overnight!  (Exodus 16:20)

In the account of the temptation of Jesus by the devil, (Matthew 4), Jesus declares to Satan, “It is written, man shall not live by bread alone, but by every word that proceeds from the mouth of God”.  When I live in the IS of God, yesterday’s “manna” will not suffice for today.  The great I AM will direct me each day as I listen for His proceeding word.  Hebrews 3:15 adjures us:  “Today, if you will hear His voice, harden not your hearts….”

When God gives a new word of direction, I need to embrace it and stand on it.  But I must also wait daily on Him to be ready for His next instruction and move accordingly.  We all have strongholds of believing we cling to, but sometimes God will bring a fresh word of direction which requires us to embrace previously uncharted territory for us.  Only when we surrender our stronghold does He prove Himself in His providence.  Our  unbelief limits God.  Hebrews 3:12 gives us a stern warning from the loving heart of our Father, because He desires His best for us:  “Take heed, brethren, lest there be in any of you an evil heart of unbelief, in departing from the living God”.  Faith is God’s territory, unbelief is the devil’s.

In scripture we find a fine example of a past proceeding word, which was life when given, becoming a dead word over the passage of time and a stumbling block stronghold.  Numbers 21 records the event of the children of Israel complaining against God and Moses in discouragement, in spite of all the mighty miracles they had experienced.  The Lord sent fiery serpents among the people, many were bitten and died.  The people repented of their complaining and asked Moses to pray for them for God to remove the serpents.  The Lord instructed Moses to make a brass serpent and put it on a pole.  If anyone who was bitten looked on it, they would live.  This was a proceeding word from the mouth of God which was life giving at the time.

Fast forward now over the passage of time.  2 Kings 18 records the acts of King Hezekiah’s good reign, during which he removed the high places and statues of idolatry.  Verse 4 records him breaking in pieces the brass serpent that Moses had made as it had now become an idol of worship to the people.  They also burnt incense to it!   Over the decades the people had clung to a past proceeding word which had now “bred worms and stank” like yesterday’s manna.

When the tide recedes on the sea shore it leaves a number of little rock pools, now separated from the great ocean.  In each of those little, individual pools there is life if you look closely.  They can be likened to  men separated by their denominations and doctrines, all in their own little pools in measure.  There comes a time when the great ocean of God will flood the shore and all those individual pools and man’s identity will be swallowed up and meshed together in God’s final plan.  The doctrines of men and all their agendas will have to bow to the mighty ocean.

God will not give His glory to another.  Wherever man seeks a name and position for himself, sets himself up independently, wanting to be seen as a man/woman of God, all he is left with is his own little world that his pride protects.  He cannot see his pride because pride blinds!  Man’s glory is the enemy of God’s glory, and God resists him until he humbles himself, (1 Peter 5: 5-6).   In His mercy, God has provided this scripture to show us the exit route from our detestable pride.

There have been many mighty moves of God likened to a wave on the ocean.   Those mighty waves have seen many come to Christ on it and many experience renewal.  Eventually man has touched the wave and got in God’s way, trying to make it something it was never meant to be.  God has been preparing His people to understand the deceitful ways of the flesh which cannot be trusted.  A people who desire to stay hidden in Christ, that only He will be seen as He extends His kingdom in the world through His vessels of mercy.    A people who know that the glory of man is the enemy of the glory of God, and all the consequences of that.  A people who will settle for nothing less than making straight paths for His feet,  bow our heads and stay hidden in Him that He may receive all the credit due to His mighty, wonderful name:  Jesus Christ, King of kings and Lord of all.

Many have experienced the waves of revival personally  and corporately, and grieved when the flow has ebbed.

THE TIDE IS SURE TO WIN

“On the far reef the breakers recoil in shattered foam,

While still the sea behind them urges its forces home,

It’s song of triumph surges o’er all the thunderous din,

The wave may break in failure, but the tide is sure to win.

The reef is strong and cruel upon it’s jagged wall,

One wave, a score, a hundred, broken and beaten, fall,

Yet in defeat, they conquer, the sea comes flooding in,

Wave upon wave is routed, but, the tide is sure to win!

Oh!  Mighty sea, thy message in clanging spray is cast,

Within God’s plan of progress it matters not at last,

How wide the shores of evil, how strong the reefs of sin,

The wave may be defeated, but the tide is sure to win!”

With the fresh manna will come God’s proceeding word, the fresh wave.  Whatever that wave brings for each of us, we can take comfort in the fact that God’s almighty tide is  SURE TO WIN!  We are blessed by the wave but we are going to be carried home by the tide. 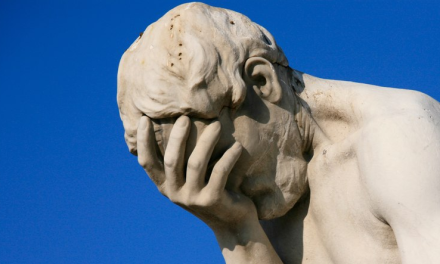 FROM FAILURE TO VICTORY

LEFT OUT and KEEPING SWEET

MIGHTY CHRIST, COME FORTH IN ME! 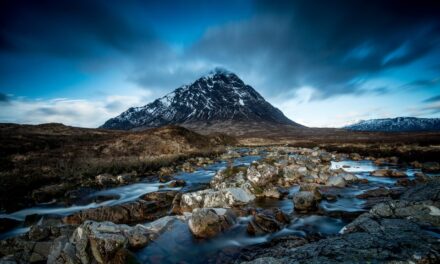 GIVE ME THIS MOUNTAIN!