CONTRADICTIONS in my life.

When a person enters into salvation and is born again, that person has responded to the call of God on their life and has a divine destiny to fulfil on earth. The Holy Spirit is given as a divine Guide to bring us to a place that we are empty of ourselves, that the Spirit of the resurrected Christ may live through us. In finality only Jesus should be seen. At present we are not there yet, our lives have contradictions, but we are on the way. We may not have arrived, but we certainly know if we have left!

The work of the Holy Spirit is to refine. Resisting His work, clinging to our flesh life is more painful than surrender. Surrender destroys the impetus of compulsion.

We note the records of the Patriarchs in scripture. Their lives were not perfect, they too, had contradictions, but God worked with them to fulfil His purposes. Their wrong choices resulted in circumstances of their own making, but God used the circumstances to teach them His ways. He never forsook them.

Pride blinds me to the flaws in my life until the Holy Spirit highlights my need for change.

Let us reflect on the Apostle Paul, called of God and mightily used. Like us, he had contradictions in his life. Acts 15 records the dispute brought about by certain men teaching that circumcision of the flesh as recorded in the law of Moses, was paramount to salvation. Paul and the disciples taught that it was the circumcision of the heart, spiritually and figuratively, that God was interested in, not the act of physical circumcision. As you read through this chapter, the Lord confirmed this through the mouths of other witnesses and the end result was unity of the Believers in this sound doctrine.

However, recorded in the very same chapter, Acts 15:36-41, Paul (verse 39) had a “sharp contention” with Barnabas and the two of them separated and went different directions to preach. Barnabas wanted to take John Mark with himself and Paul, but Paul, because of past experience, (Acts 13:13, Acts 15:38), did not. Contention resulted and they separated. God has an order. Acts 13:2 records the call of God on their lives: “As they ministered to the Lord and fasted the Holy Ghost said, Separate me Barnabas and Saul (Paul) for the work whereunto I have called them.” In the order of God, Barnabas was number one, Paul was number 2. It is always recorded that way. When Barnabas wanted to take John Mark along on their mission, Paul could have surrendered his will. Instead he had a sharp contention with Barnabas which, of course, as always, had consequences. In the very next chapter, 16, we find Paul wanting to take a young man of mixed race, called Timothy with him on his journey. Verse 3 reveals Paul has him circumcised before the trip “because of the Jews”!!! What a contradiction! After the miracle of unity God wrought through the Believers in the previous chapter over circumcision, Paul lost his way and circumcised Timothy. He thought it a good idea, but it was not a God one! These imperfections in men’s characters are not recorded for us to criticise, but for us to learn from them. God used Paul mightily inspite of his imperfections. It did not make Paul right. Paul’s contention with Barnabas caused his backward step to circumcising Timothy. Contentions reveal our stubborn will, resulting from our pride. Pride blinds us to our flaws that only the Holy Spirit can reveal to us. We have to understand that what God blesses he does not necessarily sanction. We can often mistakenly think when we are in blessing that it has something to do with our character and good works. God blesses because it is His nature to bless. If He does withhold, it is for a reason. He gets my attention through circumstances and I need to draw closer to Him to hear what He is saying. Maybe my direction or attitude needs to change.

God called Barnabas and Paul together. It was a Holy Ghost calling. God has set the members in the Body as it has pleased Him, (1 Corinthians 12:18). We will be effective and functional in the place where God has set us. Problems result when I move away from “the place”.

After Saul’s conversion (Paul) the Lord gave him a commission: Acts 9:15 The Lord told Ananias that Paul was “…a chosen vessel unto me, to bear my name before the Gentiles, kings and the children of Israel.” The order of God was firstly to
1 Gentiles
2 Kings
3 Jews

Did Paul get the order wrong? So many times he majored on going to the Jews resulting in all kinds of trouble. It was not wrong to go to the Jews but Paul got the order wrong. God still blessed him but ultimately the Lord’s purposes were accomplished through Paul. He was imprisoned and from that place wrote all the letters to the Gentile Churches, which were his first calling. These epistles contribute largely to our New Testament which we read today and are greatly appreciated as we are inspired to walk in the resurrection power of the Indwelling Christ.

You cannot kill what God has birthed in purpose (Abraham surrendering Isaac to sacrifice), but God does require surrender. My life has contradictions that His Spirit is desiring to burn up in His refining fire. The fullness of God requires a vessel empty of self. We do not come to Calvary to negotiate. We come to surrender. Surrender is always in “the now” of daily living. A man can never out-give God.

Be encouraged! Let us go forward in confidence and surrender to our wonderful Saviour, and make Him Lord of our lives. What God has promised, He will perform. He who started the work, will finish it!

We committed our lives to Jesus when we entered into salvation. Paul declared, 2 Timothy 1:12 “….for I know on whom I have believed and am persuaded that he is able to keep that which I have committed unto him against that day.”

Philippians 1:6 “Being confident of this very thing, that he who began a good work in you is faithful to perform it until the day of Jesus Christ.”

THE CROSS ON OUR LIVES 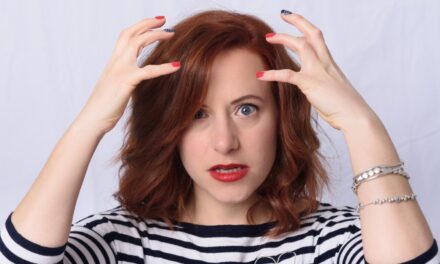 THE BROAD WAY OR THE NARROW WAY?

IS MY HEART RIGHT WITH GOD?